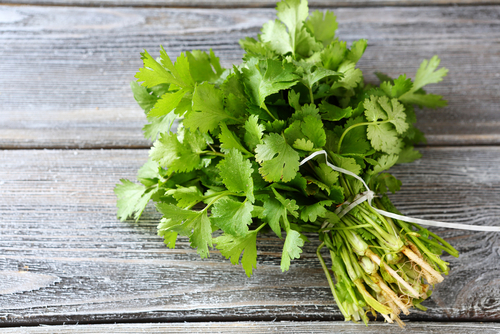 It’s been recently reported that over 300 people have been affected by Cyclospora across 26 states. The parasitic infection has been traced back to a city in Mexico that exports cilantro and other produce to the United States. This scare, along with its potential litigious repercussions, is raising NY Restaurant General Liability concerns.

The region of Puebla has been identified as the source of the outbreak. Unsanitary farming conditions have been linked to stomach illness in 2013 and 2014, as well. The Food and Drug Administration’s investigation concluded their findings; their statement read “Conditions observed at multiple such firms in the state of Puebla included human feces and toilet paper found in growing fields and around facilities; inadequately maintained and supplied toilet and hand washing facilities (no soap, no toilet paper, no running water, no paper towels) or a complete lack of toilet and hand washing facilities; food-contact surfaces visibly dirty and not washed; and water used for purposes such as washing cilantro vulnerable to contamination from sewage/septic systems.”

Cyclospora causes cyclosporiasis which leads to severe indigestion, fatigue, nausea, appetite loss, vomiting, and abdominal cramps that can last more than 60 days, some cases are so severe that they result in emergency room visits.

In Texas, 210 cases have already been reported, which was the hardest hit state. What’s more, 56 percent of reported illnesses have occurred since May 1st of this year. While consumers should be wary of eating cilantro that is imported from Mexico, the FDA has initiated a partial ban and most grocery stores have already recalled the herb. However, this marks the third consecutive year that imported produce from Mexico has been linked to Cyclospora, according to the Food Poisoning Bulletin.

As lawsuits against restaurants that supplied the contaminated cilantro have already been filed, it is critical to ensure your clients’ establishments have the proper insurance coverage to protect against possible claims. At RMS Hospitality Group, we understand the scope of risks restaurants endure and aim to protect against every exposure. To learn more about our customized policies, contact us today at (888) 359-8390.